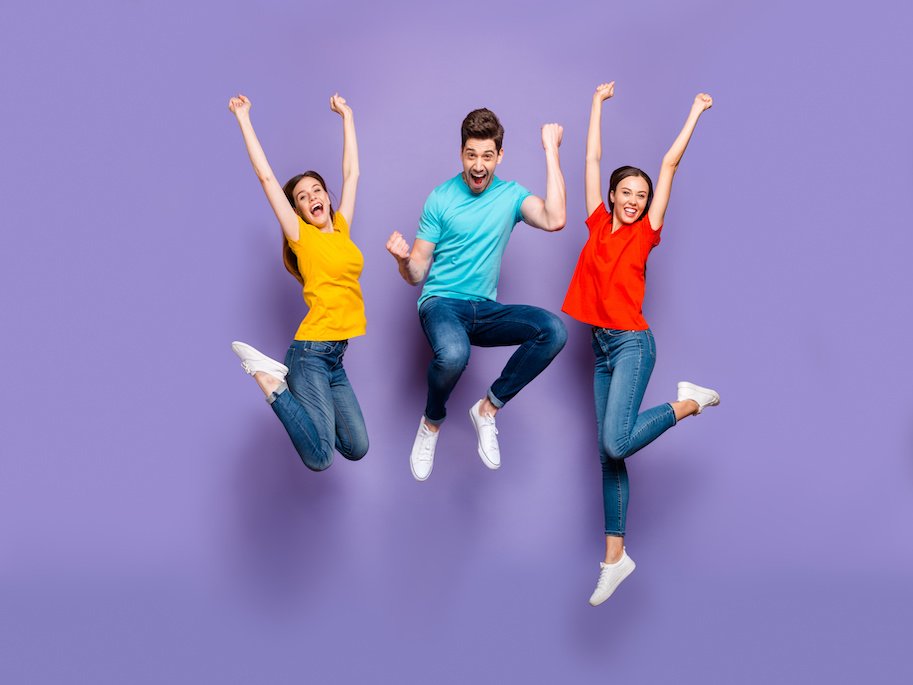 The best dialogue is brief. It’s a slice and not the whole pizza. You don’t need to go into lengthy exchanges to reveal an important truth about the characters, their motivations, and how they view the world.

Plus, dialogue that goes on for too long can start to feel like a tennis match with the reader switching back and forth between characters. Lengthy dialogue can be exhausting for the reader. Pair the dialogue down to the minimum that you need for the characters to say to each other.

In the real world, small talk fills in the awkward silence, but in the world of your novel, the only dialogue to include is the kind that reveals something necessary about the character and/or plot.

If you’d like to show that your character doesn’t like awkward pauses, work on characterization and scene description. Instead of using mind-numbingly long exchanges, show the character’s discomfort by describing how she taps her fingers against the window pane, or takes a series of sharp sighs.

Don’t try to make your dialogue sound too “real” by including small talk. Small talk can water down the effectiveness of your scene. Instead, pick exchanges that capture the essence of the moment, and bypass small talk altogether. Let that be an understood nod between you and the reader, and dive right into the action.

If the character already knows, then why is the other character repeating it? I also hate when characters (especially villains) go into lengthy reasons why they did or are doing X, Y, Z.

So, what’s the difference between info dumping and revealing relevant information? Info dump is a large amount of exposition given all at once, and left for the reader to sort out. Relevant information is more subtle, and it’s dispensed a little at a time.

Give your characters a unique way of speaking Some people are more forceful and deliberate. Others are more passive and meandering. You can honor these (and other) different styles without rambling. My preferred method is to focus on word choice.

Along with word choice, I also like establishing a pattern of speech. Does the character speak in a sharp staccato, or a deliberate, flowy manner? By knowing how the character (especially the protagonist) speaks, you can create consistency whenever the character dialogues with others.

It’s human nature for people to withhold what they’re truly thinking or feeling. People leave a lot unsaid, and this is also true for the characters in your novel. To create a realistic interaction between your characters, you must honor the fact that most people leave a lot of things unsaid.

But that doesn’t mean that the reader can’t be privy to what’s being left unsaid. As a writer, you can build the scene, show the characters’ motivations and desires before the scene, and let it play out, with the reader wanting a resolution that doesn’t quite happen.

Characters tend to speak differently based on who they’re speaking to. A character will speak to his mother differently than he does to his best friend. That’s not a shift in consistency. It actually gives more depth and realness to the character. Your dialogue shouldn’t be completely on the nose, and explain exactly what the character is feeling. Most people– including your characters– aren’t always aware of how they feel. And sometimes, what they say they feel is different from what they truly feel.

By the way, body language is an important part of dialogue, and should be written into every scene. It gives the reader important clues that they’ll use to recreate the scene in their mind.

Not only is it boring for the reader to constantly see “he said” or “said she”, it’s also disruptive. Identifiers take the reader out of the immersive world of your story and reminds them that you, the author, are relaying a story. That can be pretty jarring, and it can happen if you use identifiers too often.

While it’s only polite to say hello and bid adieu, it’s not necessary in novel dialogue to document these courtesies. You can use exposition for salutations, but do avoid writing a blow-by-blow. Instead, set up the scene by describing how the character enters or leaves the scene.

Even though you’re not capturing every part of a conversation in your dialogue, everything that’s written should sound like an actual person said it. If not, it’s time to erase and try again.

More often than not, great story moments hinge on character exchanges with dialogue at their heart. Even very short dialogue can help drive a plot, showing more about your characters and what’s happening than longer descriptions can.

(How come? It’s the thing we just talked about: how very spare dialogue makes the reader work hard to figure out what’s going on, and there’s an intensity of energy released as a result.)

But right now, I want to focus on the way dialogue needs to create its own emotional beats. So that the action of the scene and the dialogue being spoken becomes the one same thing.

Dialogue is not [real-life] conversation. … Dialogue [in writing] … must have direction. Each exchange of dialogue must turn the beats of the scene … yet it must sound like talk.

“The significance of the chrysalis is change. Worm into butterfly, or moth. Billy thinks he wants to change. … You’re very close, Clarice, to the way you’re going to catch him, do you realize that?”

Here Hannibal holds power, despite being behind bars. He establishes control, and Clarice can’t push back, even as he pushes her. We see her hesitancy, Hannibal’s power. (And in such few words! Can you even imagine trying to do as much as this without the power of dialogue to aid you? I seriously doubt if you could.)

“The significance of the chrysalis is change. Worm into butterfly, or moth. Billy thinks he wants to change. … You’re very close, Clarice, to the way you’re going to catch him, do you realize that?”

[Beat 1: What a great line of dialogue! Invoking the chrysalis and moth here is magical language. it’s like Hannibal is the magician, the Prospero figure. Look too at the switch of tack in the middle of this snippet. First he’s talking about Billy wanting to change – then about Clarice’s ability to find him. Even that change of tack emphasises his power: he’s the one calling the shots here; she’s always running to keep up.]

[Beat 2: Clarice sounds controlled, formal. That’s not so interesting yet . . . but it helps define her starting point in this conversation, so we can see the gap between this and where she ends up.]

[Beat 3: Another whole jump in the dialogue. We weren’t expecting this, and we’re already feeling the electricity in the question. How will Clarice react? Will she stay formal and controlled?]

[Beat 4: Nope! She’s still controlled, just about, but we can see this question has daunted her. She can’t even answer it! Can’t even look at the person she’s talking to. Notice as well that we’re outside quotation marks here – she’s not talking, she’s just looking at something. Writing great dialogue is about those sections of silence too – the bits that happen beyond the quotation marks.]

Overall, you can see that not one single element of this dialogue leaves the emotional balance unaltered. Every line of dialogue alters the emotional landscape in some way. That’s why it feels so intense & engaging. 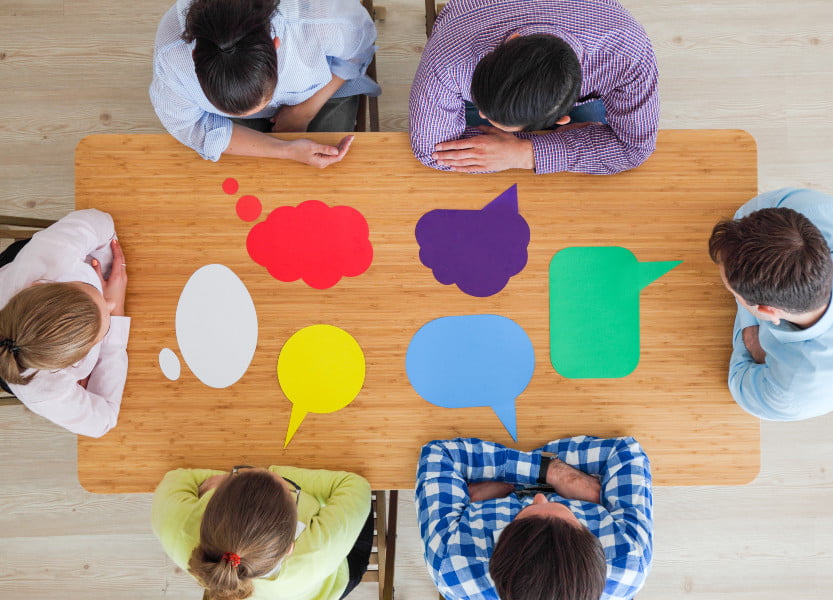 Oblique dialogue is where people never quite answer each other in a straight way. Where a question doesn’t get a straightforward response. Where random connections are made. Where we never quite know where things are going.

And if you want to see oblique dialogue in action, here’s a snippet from Aaron Sorkin’s The Social Network. (Because dialogue in screenwriting should follow the same rules as a novel. Some may argue that it should be even more snipped!)

Lawyer: “Let me re-phrase this. You sent my clients sixteen emails. In the first fifteen, you didn’t raise any concerns.”

L: “In the sixteenth email you raised concerns about the site’s functionality. Were you leading them on for 6 weeks?”

L: “Then why didn’t you raise any of these concerns before?”

L: “Mr. Zuckerberg do I have your full attention?”

L: “Do you think I deserve your full attention?”

I won’t discuss that in any detail, because the technique really leaps out at you. It’s particularly visible here, because the lawyer wants and expects to have a direct conversation. (I ask a question about X, you give me a reply that deals with X. I ask a question about Y, and …) Zuckerberg here is playing a totally different game, and it keeps throwing the lawyer off track – and entertaining the viewer/reader too.

Want to achieve the same effect? Just keep your dialogue not quite joined up. People should drop in random things, go off at tangents, talk in non-sequiturs, respond to an emotional implication not the thing that’s directly on the page – or anything. Just keep it broken. Keep it exciting!

When you think of the word monologue, you might think of a stand-up comedian’s routine, or maybe a late night show host’s opening bit. But the literary term monologue typically refers to a speech given by a character in a book, film or stage performance. Keep reading for monologue examples from works of literature and film in which characters express their thoughts and emotions.

In a narrative essay, you tell a story, often about a personal experience, but you also make a point. So, the purpose is not only to tell an entertaining tale, but also to expound on the importance of the experience. In the narrative essay examples below, see if you can pull out the moral or theme. When it’s your time to draft a similar type of essay, hopefully, you can stir the heart of the reader.